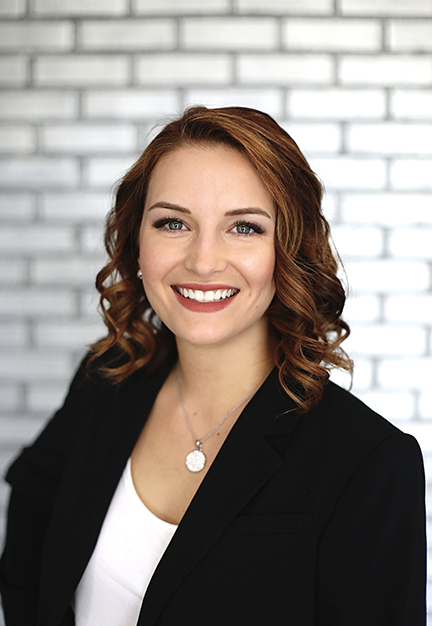 On Tuesday morning, February 16, 2021, a small plane crashed shortly after takeoff from the Southern Wisconsin Regional Airport in Janesville, claiming the lives of two young pilots, one of whom was Remington Viney. What makes Remington so notable was how experienced she was in aviation at just 26 years old – a young woman in a field predominantly made up of men. As a way to honor her and inspire others, Remington’s family established the Remington Viney Legacy Fund through the Community Foundation of Southern Wisconsin, in part, to support the encouragement and advancement of women in aviation careers and interests.

Remington graduated with honors from Sun Prairie High School in 2012. She earned an Associate degree in Tactical Aircraft Maintenance and received a Bachelor of Business Administration degree from UW-Madison in 2017.

She knew at a young age she wanted to be a pilot, obtaining her pilot license in high school and serving as the captain of the Wisconsin Flying Team in college at the University of Wisconsin-Madison. Remington enlisted in the Wisconsin Air National Guard in 2013 and proudly served through several deployments, earning the rank of Staff Sergeant. She pursued accreditations and licensing to receive her commercial pilot license, eventually becoming a flight instructor. At the time of her death, Remington was working on her degree in Airframe and Powerplant Mechanics. To put all that into perspective, only 1.5% of airline captains, 5.1% of all pilots, 2.4% of aerospace mechanics and 3% of CEOs, COOs, and other key aviation leadership positions are women, according to the Women in Aviation: A Workforce Report by the University of Nebraska at Omaha Aviation Institute.

“Remington was passionate about any adventure that life had to offer,” says her mother, Tia Scanlon. “We always say she always wanted the fastest, highest, and best ride. We want her memory to live on to inspire other young women to achieve their dreams. She was just an incredible and special person. This fund carries her legacy forward, and will make a difference in other young lives. That really helps us in our grief, too,” Tia explains.

The Remington Viney Legacy Fund will also support educational and charitable human service projects in Wisconsin, or with regional or national merit.

“Remington was passionate about many things in her life including being a vegan, finding ways to advocate for animals, improving our planet’s environment, and locally-owned businesses, especially those supporting women,” says Tia. “And of course, one of her greatest passions was aviation.”

As the fund grows, and because of Remington’s extensive involvement and affiliation with so many local flight programs and associations, it will award future grants to organizations with a preference to those supporting women who have an interest in or are pursuing a career in aviation. To make a gift to The Remington Viney Legacy Fund, visit www.tinyurl.com/remingtonvineylegacyfund

OTHER LICENSURE AND CERTIFICATIONS

© 2021 Community Foundation of Southern Wisconsin. Site by Why The Fuss? Technical Solutions.