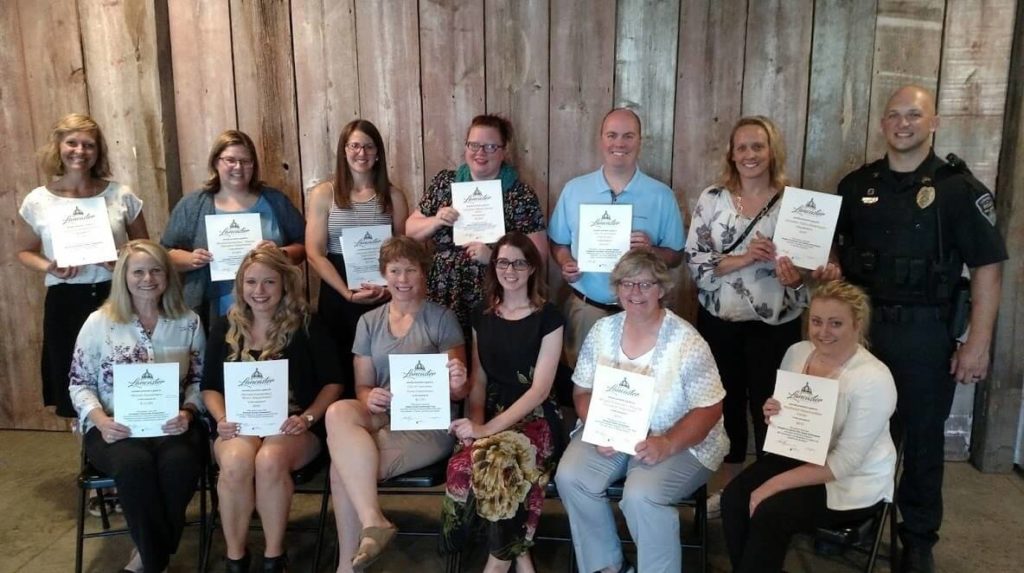 It was in February of 1999 that the Lancaster Community Fund endowment received its initial donations. A group of committed volunteers including Carson Alcorn, Tom Davies, Bill Hale, Jo Pebworth, Bob Schmidt, Ray Ropers, Stu Urban and Al Weber had been meeting with the executive director of the Community Foundation of Southern Wisconsin, Ms. Pete Wanner, to develop an organizational structure, mission statement and service area for this new initiative.

Krantz continued saying, “I want to share a few “numbers” with you. Including our current board, 40 persons have donated their time, talent, and resources (as advisory board members) to the Lancaster Community Fund. Today our group administers/monitors 16 separate funds. Over 1400 donations have been recorded to these funds (note: that is number of donations, not number of donors) totaling over $5,350,000. The largest of those – as you know – was in honor of Sonny Tiedemann, given through the estate of Keith & Emily Tiedemann. In our 20 years, we have granted some $684,000 to over 200 projects in our community. Finally, our ‘assets’ as of 5/31/2019 were just over $5.9 Million, of which 98% are endowed – meaning that these assets are, indeed, FOR GOOD, FOR EVER, FOR LANCASTER!”

In his closing remarks, Krantz noted that the spring 2019 Lancaster Community Fund grant cycle generated 21 applications requesting just over $176,000. Further he indicated that 11 awards were made, totaling just over $127,000. He reminded those in attendance that the group’s fall grant cycle has a closing date of November 1.

The Lancaster Community Fund is a component of the Community Foundation of Southern Wisconsin, Inc., a tax-exempt public charity. For more information, contact Joe Krantz (advisory board chair) or Barb Daus, donor services representative with the Community Foundation of Southern Wisconsin (608-778-3344 or [email protected]). Donations are received throughout the year at PO Box 294, Lancaster WI or online at www.cfsw.org.

© 2020 Community Foundation of Southern Wisconsin. Site by Why The Fuss? Technical Solutions.