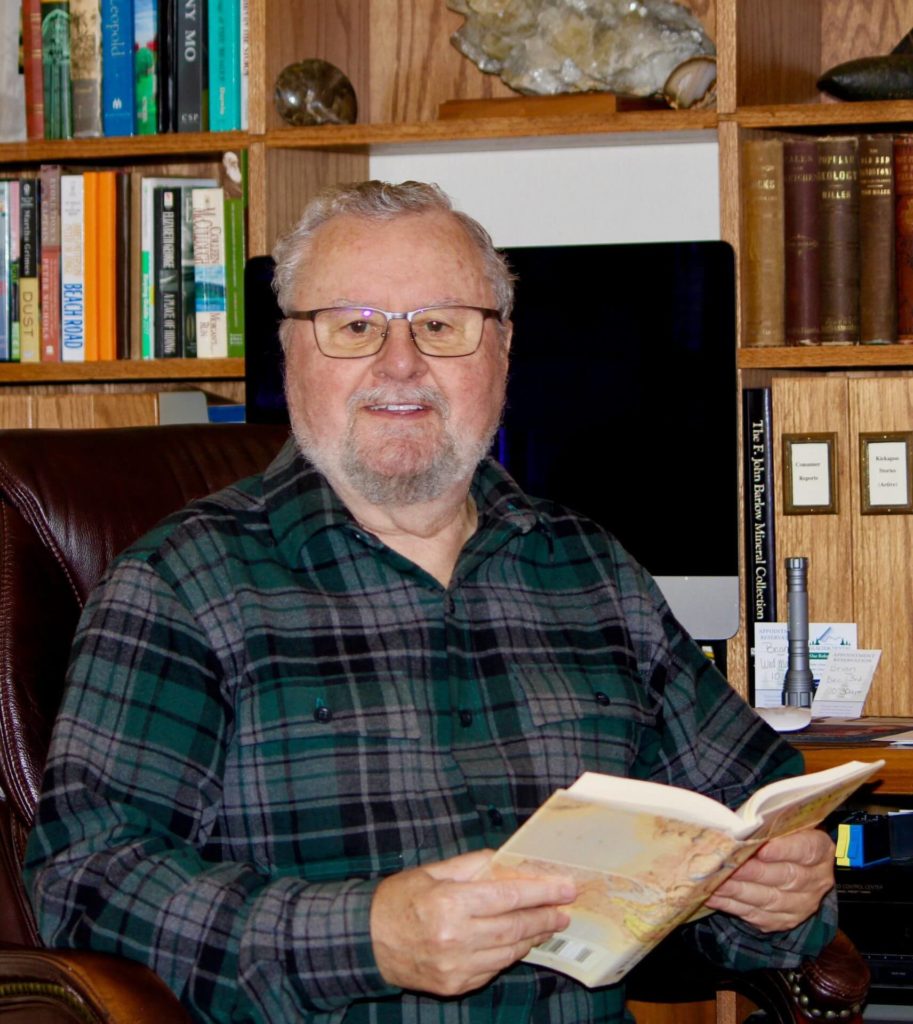 Steven L. Brown would likely be quite surprised and honored if he were to return to Gays Mills today to find that his great-grandson, Dr. Brian McKnight, chose to honor the family’s heritage by endowing the McKnight-Brown Academic Scholarship at North Crawford High School, through the North Crawford Community Education Foundation.

What is a scholarship endowment? And, why create such a fund?

What is the McKnight-Brown story?

Steven L. Brown came to the Kickapoo Valley at age 10, in 1858, with his parents. He bought the family farm from his parents and developed a fruit business with his eldest son, specializing in apples. In 1888, he expanded his business, purchasing 40 acres on the ridge east of Gays Mills. S.L. Brown was well known in the region, not only for his prize-winning apples but also through his community involvement. Along with others, he founded the Crawford County Racing and Agricultural Association, bringing an annual fair and horse racing to Gays Mills. He also served as the county’s Register of Deeds for 2 years and as a trustee, for 30 years, of the Gays Mills Bank.

Ada Brown was the granddaughter of S. L Brown. A bright young woman, she attended school in Gays Mills, skipping 3rd grade and completing high school in three years, graduating as valedictorian. Ada attended La Crosse Teachers College and was teaching in a rural school by the time she turned 18. Ada married Clarence McKnight and they parented three sons (Ronald, Donn and Brian). All attended Gays Mills High School. Two followed in their Mother’s footsteps as valedictorians of their classes.

Dr. Brian McKnight, the youngest son of the McKnight’s (and the great-grandson of S.L. Brown), gifted the monies to create the McKnight-Brown Academic Scholarship Endowment.

Dr. McKnight earned an undergraduate degree at UW-Madison and a M.S. and Ph.D. in geology and oceanography at Oregon State University. He became a professor of geology at UW-Oshkosh. His research included drilling into the deep ocean to study Plate Tectonics when the theory was new. He later spent two years at the National Science Foundation as director of the Deep Sea Drilling Program. After returning to his teaching duties at UW-Oshkosh, Dr. McKnight was awarded the Outstanding Teaching Award and was named Rosebush Professor of Geology for teaching and research, the school’s highest honor.

In speaking of his decision to create and endow the scholarship, Dr McKnight said, “Receiving a scholarship to attend the University of Wisconsin gave me the opportunity to pursue a career that was more interesting and rewarding than I could possibly have dreamed of. It is my hope that funding this scholarship will help others follow their dreams or lead them to something new and unexpected.”

The $100,000 McKnight-Brown Endowment will fund a scholarship for a North Crawford senior graduating with an overall GPA of a least 3.5 who is pursuing study in a STEM (science, technology, engineering or mathematics) field at a UW System school. Dr. McKnight will present the inaugural scholarship at the North Crawford Senior Awards program scheduled for 7p.m. on Wednesday, May 22, 2019.

The McKnight-Brown Endowment came about through cooperation with the North Crawford Community Education Foundation, which was established in 2016 as a component of the Community Foundation of Southern Wisconsin, a 501(c)(3) charitable organization. The mission of NCCEF is to support the North Crawford School and its students. NCCEF is separate from the school and operates independently from the school administration and the school board.

The North Crawford Community Education Foundation has established scholarship endowment funds AND an excellence in education endowment (which awards grants through a competitive process for projects in the school). NCCEF accepts gifts from individuals, organizations, businesses and families. Please direct questions and requests for additional information about establishing a scholarship endowment to CFSW donor services rep Barb Daus ([email protected], 608-778-3344), to Charles Bolstad ([email protected]) or to Rick Busch ([email protected]). Donations to the established funds may be made online at http://www.cfsw.org/give-now/ and by mail at NCCEF, 47050 County Rd X, Soldiers Grove WI 54655.

© 2019 Community Foundation of Southern Wisconsin. Site by Why The Fuss? Technical Solutions.